The country is an archipelago of 700 islands in the Atlantic Ocean, 30 of which are inhabited. There are large populations of sharks here, and the sharks are protected. This has boosted the economy and helped maintain healthy seas. Indeed, the Bahamas is one of the best places in the world to dive with sharks. Tiger sharks, great hammerheads, bull sharks and oceanic whitetips migrate through the islands' waters in winter. Bimini island, for example, is a good place to see the hammerheads. Oceanic whitetips prefer Southern Cat island and the West End of Grand Bahama is famous for tiger sharks. Others you might see include Caribbean reef sharks, nurse sharks, black tip reef sharks and lemon sharks. Altogether there are said to be 40 species in the Bahamas. In normal times, shark related tourism contributes 113 million dollars to the Bahamian economy every year.1

Another good area for diving is the Exuma Cays Land and Sea Park. This National Park is managed by the Bahamas National Trust.

Best time to dive The Bahamas

Diving is possible all year round. The hurricane season, though, runs from June to November. From November to March hammerhead and the other migratory sharks arrive. April and May sees the arrival of the Mahi dolphinfish. The water is warm, from 24-29 oC May to December. The coldest months are January and February when temperatures sometimes dip to around 22 oC. The more southerly islands tend to be the warmest.

How to dive the Bahamas: Liveaboard or Dive Operator?

You can dive the Bahamas from the islands or via a liveaboard. The best diving, and most varied, is by liveaboard, which mostly depart from the capital, Nassau on New Providence. Some, though, go from Grand Bahama. Liveaboards out of Florida also visit the Bahamas.

What you need to know

In normal times you can fly directly to the Bahamas from the UK, USA, Canada, Jamaica, the Cayman Islands, Panama and Turks & Caicos. The Bahamas are eyeing a possible opening date for commercial travel on or before July 1.

The currency is the Bahamian Dollar but the US dollar is widely accepted.

In 1980 the HMBS Flamingo patrol boat was looking for illegal fishing vessels. They spotted two foreign fishing boats, overtook them, boarded and arrested the Cuban fishermen on board. The Flamingo was heading back into port, towing the fishing vessels behind her, when she was attacked and sunk by rockets by Cuban fighter jets. The crew abandoned ship but four were lost. The survivors boarded one of the fishing vessels and returned in darkness, navigating by the light of cigarettes.

What has this to do with the Austin Smith? Well, the four seamen who lost their lives were Austin Smith, Edward Williams, Fenrick Sturrup and David Tucker. Eight years after The Flamingo sank, six 95' Cape Class Cutters were donated to the Royal Bahamas Defence Force by the US Coast Guard. Four of these were renamed after the dead crew members. They were decommissioned in 1996 and scuttled for artificial reefs.

The Austin Smith was destined for San Salvador, but was accidently sunk in the Exuma Cays. It now lies in two pieces at 18 m. You can often see reef sharks and grouper here.

You can dive the Austin Smith by liveaboard.

Depth of around 15 m. You might see several shark species here plus large grouper and eagle rays.

"Sugar wreck near Grand Bahama island. There is more variety of sealife at this 1800's wreck than any one place I have ever been. A true underwater photographers paradise! "
Robert Abraham

A fantastic, if short (10 minute), drift dive along a narrow, 1 km long channel with an exhilarating current. You could see blacktip reef sharks, turtles, nurse sharks and spotted eagle rays. You will be picked up and redeposited at the start to do it two or three times so not a great dive profile.

"Jean Pierce's book Unofficial Guide to the World's Best Diving Vacations describes this dive as a pretty ordinary wreck which attracts a wide variety of fish making it excellent for photographers - well she must have been unlucky (or possibly not looking, as the book does seem to leave out dive sites well known around the world to people from outside the US!) to miss around a dozen Caribbean Reef Sharks (Carcharhinus perezi) in their natural environment. We didn't want to go on one of those commercial kneel in a circle on the sea bed while a divemaster in chain mail feeds sharks from a basket of chum dives that occur in parts of the Bahamas, and had not necessarily expected to see sharks at all. Our DM told us in our briefing we may see some and indeed as the bubbles from the giant stride entry cleared one unmistakable shape was visible as we looked down towards the wreck. Some swam parallel to us as we passed the wreck and swam along the edge of the reef, shadowing us - remaining a respectful distance away but close enough to let us know we were the visitors. Returning to the wreck later in the dive in shallower water with a sandy bottom we were definitely on their patch and they were all around us, circling the wreck, crossing above, below and parallel to us, closer now especially when we were stationary doing a stop on the anchor chain. Having seen sharks some distance below on a wall dive in the Red Sea, and larger numbers of inquisitive ones much closer on a night dive on the Great Barrier Reef which involved green eyes coming towards you then turning away as they realised what you were, to see these magnificent creatures up close in such clear water in daylight really was a great experience. On top of that is the fact that it's a nice little wreck on the edge of a reef with lots of other fish around which made this dive extremely memorable. "
Ben Sennett

"Amazing close up shark experience. A must do. Caribeean reef sharks."
Brandon Knopp

"Famous for shark dives - tiger sharks, lemon sharks Caribbran reef sharks and other species are often seen at the Tiger Beach dive. There is no shark feeding."
Johnny Gaskell, 5 December 2012

At the moment, during the Covid-19 pandemic, divers are rightly very worried about booking liveaboards or other dive holidays. Many dive operators are offering free cancellations if you book now, or the chance to change to a different date in the future. There are also many good deals to be had. Let's face it, we all need something to look forward to.

Recommend a dive operator or list your diving company on this page.

Year-round budget friendly dive liveaboard trips. With up to 19 dives per week at Exuma Cays and all meals, snacks, and drinks including Rum Punch, wine and beer included. Morning Star has 3 dormitory-style cabins with air-conditioning and 3 shared bathrooms. 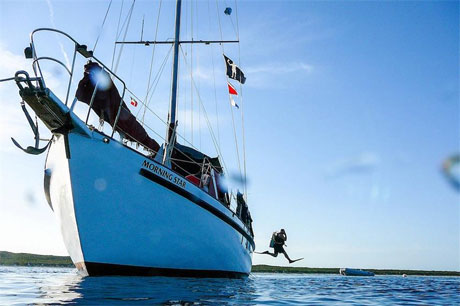 A beautiful sailing catamaran with space for just eight divers, this liveaboard provides an diving for families and small groups. 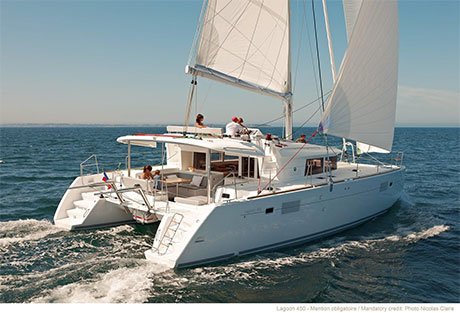 Accommodating up to 12 guests, the Cat Ppalu liveaboard has 6 private cabins, four with double beds and 2 with single beds. Each cabin is fully air-conditioned with a sink and mirror. Departing Nassau every Saturday, the Cat Ppalu offers 6-nights all-inclusive adventure to the Exuma Cays, with up to 19 dives on offer including Cathedral, Amberjack Reef and the Lost Blue Hole. Walls, Blue Holes, drift diving and up-close shark action is on the agenda, as well as plenty of non-diving activities including kayaking. 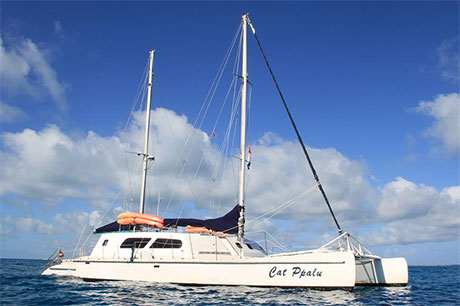 Haas et al, The contemporary economic value of elasmobranchs in The Bahamas: Reaping the rewards of 25 years of stewardship and conservation, 2017 Biological Conservation,

Please send us your comments on The Bahamas. Do you want to recommend a diving centre or dive site? Let us know.